Messi and Neymar of PSG Join Forces with Jay Chou to Redefine Metaverse Art and Charity - and who is Jay Chou? 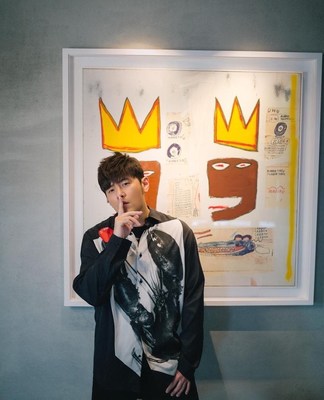 Chou, who starred in "The Green Hornet" and "Now You See Me 2", is well known as Asia's top pop singer. Last year, he became one of the most streamed artists in numerous Asian countries on Spotify (provided by Edison's Co). Chou's last month's online concert alone received over 100 million views.

Chou has recently made a name for himself in the art world, with renowned collectors praising the star's artwork. In 2021, he sold his white-glove collection at Sotheby's for 10.7 million dollars. This time, Chou wishes to collaborate with PSG to innovate a new form of metaverse art.

PSG expects the relationship with Mandopop icon will broaden their reach in Asia. Chou likewise is expanding his reach in Europe and could soon announce a concert at Parc des Princes, PSG's stadium, marking the first time a Mandarin artist has performed there.

Chou's philanthropic endeavors follow his vast enterprises. Over the last decade, he's dedicated himself to helping underprivileged children. This time, together with PSG, Chou is campaigning to raise awareness and funds for impoverished children through the PSG Endowment Fund.

Keep an eye out for more information on Jay Chou.

Viral video of a horse dancing to Chou's music: https://www.instagram.com/tv/Ceq7lFnDVAq