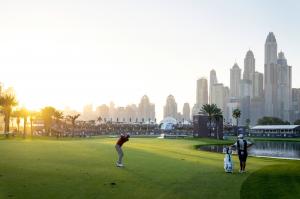 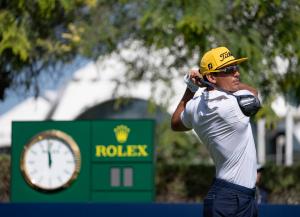 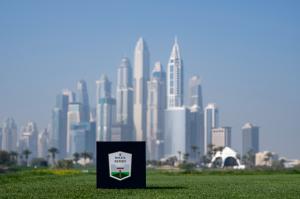 A ROLEX SERIES TEE BOX AT THE 2022 DUBAI DESERT CLASSIC

GENEVA, SWITZERLAND, January 24, 2023 /EINPresswire.com/ -- With the much-anticipated return of the 2023 Rolex Series, the attention of the golfing world will turn to the iconic Hero Dubai Desert Classic – the second Rolex Series event of the year. Celebrating its 34th edition, the 2023 tournament promises to be a thrilling contest with Rolex as Official Partner and Timekeeper.

Spanning more than 50 years, Rolex’s support for golf is one of the most enduring and successful partnerships in sport. The Swiss watchmaker’s relationship with the game began in 1967 when Arnold Palmer, joined by close friends and fellow members of The Big Three, Jack Nicklaus and Gary Player, became Rolex’s first golf Testimonees. Since then, Rolex’s association with golf has grown exponentially, permeating all levels of the sport, providing unwavering support for elite and amateur players alike, governing bodies, all the Major championships and the main professional tours, as well as the finest events on the golfing calendar.

Founded in 1989, the Hero Dubai Desert Classic was the first DP World Tour event to be staged in the Arabian Peninsula. Rolex became Official Timekeeper of the DP World Tour in 1997 and the event became part of the prestigious Rolex Series – the tour’s premium event category – in 2022. It is renowned for having one of the strongest and most international fields, proving a tough competition for the world’s leading golfers.

The flagship Majlis Course at Emirates Golf Club, with its distinct backdrop of shimmering skyscrapers, once again hosts the Hero Dubai Desert Classic from 26- 29 January. With the 2023 Ryder Cup on the horizon and qualifying spots to play for, the 2023 tournament presents a timely opportunity for players to find form early in the season.

2023 is set to welcome some of the biggest names in world golf and Rolex Testimonees have a proud history of success in Dubai. Those to have prevailed on the Majlis Course and lift the coveted Dallah Trophy include Fred Couples (1995), José María Olazábal (1998), Thomas Bjørn (2001), Tiger Woods (2006, 2008) and most recently, Rafa Cabrera Bello (2012). Fellow Spaniard and Rolex Testimonee Jon Rahm enjoyed an impressive finish to the 2022 season, which saw him claim a record third DP World Tour Championship title in Dubai at the nearby Jumeirah Golf Estates in November.

Speaking about the Rolex Series, Rahm said: “I have been fortunate enough to win Rolex Series events pretty early on in my career. Given the prize money and strength of field at these events, they always demand an extremely high level of golf and performance. As a Rolex Testimonee, there is also added motivation because you want to make sure a Rolex Testimonee wins. Hopefully, the Rolex Series will continue for a very long time due to its prestige and the fact that it represents such key moments throughout the year for us players to focus on in the calendar.”

2023 also marks the return of the Race to Dubai Rankings in Partnership with Rolex and the sixth anniversary of the Rolex Series. The Hero Dubai Desert Classic is the second of five Rolex Series events held throughout the year. The Series consists of the Abu Dhabi HSBC Championship (19-22 January), the Hero Dubai Desert Classic, the Genesis Scottish Open (13-16 July), the BMW PGA Championship (14- 17 September), and the season-ending DP World Tour Championship, Dubai (16-19 November).

For inquiries or corrections to Press Releases, please reach out to EIN Presswire.
✕
× Close Ad