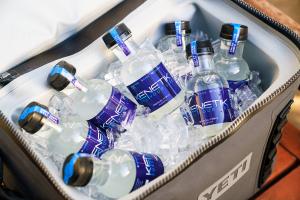 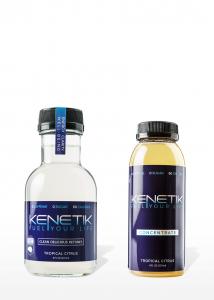 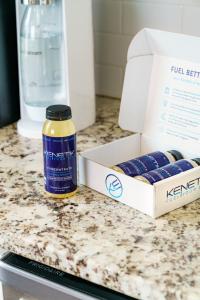 WASHINGTON DC, DC, UNITED STATES, January 24, 2023 /EINPresswire.com/ -- The holidays are over, and it is resolution season. We promise ourselves that we will treat ourselves better including the promise to eat better. Very few of us will get everything we need just from our food and drink intake. Eat this for your liver, that for better heart health, and the other for better digestion. But what about the most important organ of all? What will you do for your brain?

There is strong evidence that certain diets — like the Mediterranean diet, the DASH diet, and the MIND diet — can help improve cognitive function. These diets are high in omega-3 and various vitamins and minerals necessary to help with brain function. However, one of the most significant discoveries in the field of brain health and medicine in the past decade has been the rediscovery of the value of intermittent fasting and ketone bodies, particularly beta-hydroxybutyrate (BHB), as cellular energy sources, and as support in maintaining the health of the brain.

Ketones serve as an energy source during high metabolic activity, particularly in the brain. By increasing available energy to the brain, particularly in conditions of high exertion, ketones improve communication between brain regions and result in increased brain activity and better cognitive acuity. In short, ketones fuel your brain and increases brain power.

Our own bodies can produce ketones on its own and which are the main fuel for the body when glucose is in short supply. Ketogenesis is the condition brought on by fasting that causes greater-than-usual ketone production to make up for the glucose shortage in your body. Alternatively, you can ingest ketones, so-called exogenous ketones. By consuming ketones directly, you fuel your brain with them rather than glucose. This can have positive effects on cognition.

Kenetik is a new class of ketone beverage. It uses a patented formulation of pure D-beta hydroxybutyric acid and R-1,3 butanediol that provides a powerful boost of ketones in a drink. In a recent clinical study that evaluated the increase in circulating ketones and the potential increase in brain activity and cognitive function following the consumption of a single bottle of Kenetik, found that those who drank a single bottle of Kenetik improved brain power called Alpha power 18% and Gamma brain power by 16%.

This burst of brain power helped the test subjects to “Being in the Zone”, the intensely focused state in which they are at peak performance. The data from this initial clinical study demonstrate that Kenetik significantly improves bioelectrical activity in the brain.

According to Devon Price, CEO of VitaNav, makers of Kenetik energy drink, says, “We use a new generation of exogenous ketone called D-BHB, as well as a novel molecule that our livers quickly convert into D-BHB. This D-BHB is the same ketone molecule that our bodies produce, only made from renewable plant sugars through a sustainable process. That's why Kenetik can effectively elevate your circulating ketone levels to help you fuel your body better. One bottle of Kenetik has the equivalent ketone power as 10g of ketone ester.”

By sweetening the ketones with stevia and allulose and flavoring the elixir with real fruit, the makers of Kenetik have created a tangy, tasty, and well-tolerated exogenous ketone beverage. It comes in ready-to-drink and in a concentrate. How good is it? The American Brain Council selected Kenetik as its preferred ketone drink. This stamp of approval came after the completion of a market study comparing Kenetik against all other available ketone products, including ketone esters, ketone salts and MCT oils. The council found that Kenetic was as or more effective at boosting Ketone levels. It boosted ketone levels more than twice as high as the powders or MCT oils tested.

According to American Brain Council’s Chairman, David R. Larsen, “Some of the other products required some time to get used to, i.e., one needs to take a lesser dose and gradually move to the therapeutic dose or unpleasant intestinal discomfort, or diarrhea may ensue. None of our study participants reported such issues with Kenetik. Some formulas may contain unhealthy levels of salt, if taken at therapeutic doses over time, Kenetik does not.”

Larsen adds, “Therefore, for these and other reasons we have chosen to endorse this product as a significant contributor to brain health, in this exciting new field, and would encourage many to consider adding this to their daily regimen, to promote the benefits of achieving and maintaining a state of ketosis,”

For inquiries or corrections to Press Releases, please reach out to EIN Presswire.
✕
× Close Ad