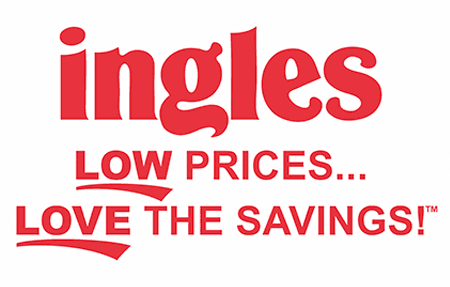 GLENDALE, Ariz. (AP) — Trevor Lawrence connected with Travis Etienne on a 34-yard touchdown with 1:49 left in the fourth quarter and No. 3 Clemson beat No. 2 Ohio State 29-23 Saturday night at the Fiesta Bowl to advance to the College Football Playoff championship game.

The Tigers went 94 yards on four plays in 1:18, with Lawrence completing all three of his passes and mixing in an 11-yard run. The sophomore quarterback who has never lost a college start passed for 259 yards and two scores and ran for a career-high 107 yards, including a 67-yard touchdown late in the first half.

Lawrence added a 2-point conversion to Tee Higgins, but it left plenty of time for Ohio State and Justin Fields to respond. The Buckeyes drove to the Clemson 23, but on second-and-7, Fields fired to the end zone and was picked off by Nolan Turner with 37 seconds left. Ohio State receiver Chris Olave had broken off his route and left Fields throwing to no one.

One more knee from Lawrence and defending national champion Clemson had secured its 29th straight victory and fourth trip to the CFP championship game in five years.

12:04AM – It’s over! Clemson beats Ohio State 29-23 to win the Fiesta Bowl and a chance to face off against LSU in the College Football Playoff National Championship.

10:47PM – Clemson capitalizes on a costly Ohio State penalty. Travis Etienne puts the Tigers in the lead with a 53-yard touchdown reception. 21-16 Clemson.

(AP) – Clemson’s top receiver Tee Higgins has returned after being injured early against No. 2 Ohio State in the Fiesta Bowl.

Higgins returned for the start of the second half.

9:44PM – Clemson gets on the board! Travis Etienne runs it eight yards for a touchdown. 16-7 Ohio State.

9:30PM – That’s the third field goal of the night (33 yards) for Blake Haubeil as the Buckeyes continue to blank the Tigers. 16-0 Ohio State.

9:11PM – After a possible touchdown was overturned on review, Ohio State kicks a 22-yard field goal to extend their lead. 13-0 Ohio State.

(AP) – Clemson’s top receiver Tee Higgins has been injured while trying to make an acrobatic catch against No. 3 Ohio State in the Fiesta Bowl.

Higgins was injured early in the first quarter of the College Football Playoff semifinal after being hit along the sideline.

Higgins lost his helmet on the hit and was attended to by Clemson’s trainers before heading to the locker room with a towel over his head.

8:30PM – With a field goal, Ohio State scores first in the Fiesta Bowl. The Buckeyes lead the Clemson Tigers 3-0.

The winner of the Fiesta Bowl will face LSU after the Tigers’ 63-28 blowout victory over Oklahoma in the Peach Bowl.

Clemson and Ohio State play at 8 p.m. ET on Saturday, Dec. 28 at State Farm Stadium in Glendale, Arizona. The game is on ESPN.

This is the earliest they have been played in the six-year-old system, and only three weeks after conference title games.

With the national championship game on Jan. 13, the 15-day break after the semifinals is the longest scheduled for any College Football Playoff, which has dates set through the 2025 season.

At the Fiesta Bowl Media Day, Clemson Football Coach Dabo Swinney said the Tigers, who’ve won two of the last three CFP National Championships, are “looking forward to Saturday night–it’s going to be a heck of a ball game, two great teams that I think really are kind of mirror images of each other in a lot of ways. I think it’ll probably come down to a few plays.”

We’ll continue to provide coverage throughout the day.

3 injured in crash on Hwy 28 in Anderson Co.

ANDERSON CO., S.C. (WSPA) - Three people were injured in a crash that happen on Highway 28 in Anderson County, according to SCHP.

There were four occupants in the vehicle when the driver collided with a telephone pole at 12:14 p.m. on Oct. 16.

GCSO said the child has been transported to a local hospital and their condition is critical.

Clinton ‘doing fine’ and will be out of hospital soon

ORANGE, Calif. (AP) — Bill Clinton is doing fine and will be released soon from a Southern California hospital where he's being treated for an infection, President Joe Biden said.

Biden said Friday during remarks at the University of Connecticut that he had spoken to Clinton and the former president “sends his best.”

Are you fully vaccinated if you haven’t gotten a booster shot?

Daylight saving time ends soon – here’s when we ‘fall back’

US vows to pay relatives of Afghans killed in drone strike