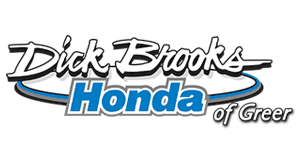 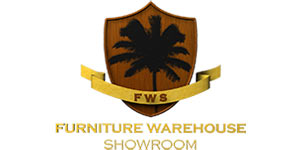 GREENVILLE, S.C. (WSPA) – Greenville Triumph Head Coach John Harkes has been at the forefront of history throughout his soccer career.

But his soccer journey began at a young age.

Born in Kearny, New Jersey to Scottish immigrants in 1967, Harkes and his siblings were surrounded by soccer.

“We kind of grew up just playing the game,” said Harkes. “We loved it. My dad played and coached, and he coached…every single day the number one thing was soccer.”

He quickly separated himself from others. After a successful college career at the University of Virginia, he debuted for the United States Men’s National Team in 1987. The following year, he reached the Olympics, ending a decades-long drought for the U.S.

“It was the first time in 40 years, so there was a huge absence of us representing at the world stage.”

The opportunity suddenly thrust Harkes onto the same stage as some of the players he had idolized as a kid. Now he had to compete against them.

“You have two ways to go from there,” Harkes said. “One is you’re in awe and you’re in shock or two you say ‘I want more.’ And I wanted more.”

That was just the first in a long list of professional accomplishments. In 1990, Harkes and his teammates formed the core of the U.S. team that would compete in three World Cups throughout the decade (1990, 1994, 1998).

During that time healso played for Sheffield Wednesday in England, a storied franchise. There became the first American to play at historic Wembley Stadium.

“It’s like a story unfolding. It’s like ‘what am I doing? What’s happening; it’s all happening,’” Harkes recalled. “Everything was coming so fast, and it was rapid.”

During his international career, another opportunity came to join a new league startup called Major League Soccer. It was a risky move with a lot of unknowns, but Harkes was on board.

“We were salesmen of the league,” Harkes said. “Everybody was. And so you took a responsibility and accountability to grow the game. And I think that’s just been my journey.”

He was the first player signed to D.C. United, and won two titles with the club. He continued playing until injuries led him to retirement in 2003. He spent a few years as a color commentator, commentating the FIFA World Cup, among other notable events. After his time in the broadcast booth, Harkes went from analyzing plays to diagramming them.

In 2015 he became the head coach for MLS club FC Cincinnati. And after three seasons, Harkes found himself once again at the forefront of history: joining the new League One to coach the Greenville Triumph.

“I was just going to be a consultant, but also from that side they were like ‘hey do you want to coach?’ I was like ‘whoa, wait a minute.’ But eventually I agreed to coach and I thought ‘yeah let’s do it,'” said Harkes.

In just two seasons, he’s been named ‘Coach of the Year’ and won a league title in 2020.

But as always, he’s pushing forward. Making history on the pitch.

LOS ANGELES (AP) — Scarlett Johansson is suing the Walt Disney Co. over its streaming release of “Black Widow,” which she said breached her contract and deprived her of potential earnings.

In a lawsuit filed Thursday in Los Angeles Superior Court, the “Black Widow” star and executive producer said her contract guaranteed an exclusive theatrical release. The Wall Street Journal first reported the news of the lawsuit.

‘It’s probably the largest development that is proposed in Anderson’s history’: More than 600 homes in the works

ANDERSON, SC (WSPA)--City of Anderson officials said one of the largest housing development projects in its history, is in the works. The growth will take place on 323 acres of land, recently added to the city.

"This is a very large project that the city council approved Monday night for annexation," said Maurice McKenzie, Planning and Development Director, for the City of Anderson. "In order for a city to remain healthy like Anderson, we need to grow as the urban area around us grows."

SEC invites Oklahoma and Texas to join league — in 2025

(AP) - Southeastern Conference university presidents voted Thursday to invite Texas and Oklahoma to the league and create a 16-team powerhouse on the field and at the bank.

The latest step in move that has potential to help reshape college sports came two days after Texas and Oklahoma requested to join the SEC in 2025. That’s when the schools’ media rights agreement with the Big 12 expires.

11-year-old hits goal of mowing 50 lawns for people in need; starting his own business

Emergency services, veterinarians warn current temps could be deadly in some cases

Greenville Municipal Court to remain closed Fri. due to flooding

Man run over after falling from party bus in Nashville

IRS to send out another 1.5 million ‘surprise’ tax refunds this week