Polk County teenager Cheyenne Jennings joins us to talk about her experience on the runway at New York Fashion Week at only 13 years old.

SPARTANBURG, S.C. (WSPA) - Brides beware. There's talk of a possible wedding dress shortage and the finger is being pointed at the Coronavirus. But local wedding dress shop owners told us there is more to the story.

An exciting day for Kimberly Williams. She said yes to the perfect wedding dress.

DAYTON, Ohio (AP) — A security camera captured footage of a jail inmate's apparent escape attempt from a holding room that ended with her falling through a ceiling and landing head-first in a trash can.

Jessica Boomershine, 42, was charged with escape and vandalism following the episode late last month, according to the Montgomery County Prosecutor's Office in Ohio. Her attorney, Kyle Lennen, declined to comment Friday.

Driven by safety: Gaffney race car builder discusses what he does to keep drivers safe

GAFFNEY, S.C. (WSPA) - A Gaffney race car builder is doing what he can to prevent a crash like what you saw this week at the Daytona 500. Driver Ryan Newman didn't suffer any major injuries in that crash.

A terrifying sight on the Daytona International Speedway. Race car driver Ryan Newman's car pushed from behind, sending him flying into the air and eventually crashing onto the track.

NASCAR had paramedic in Newman’s car 35 seconds after crash 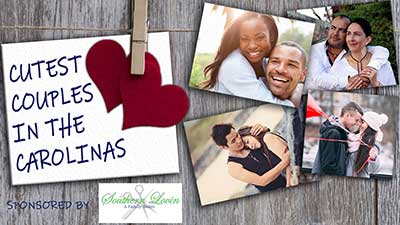